I Believe To Show The Reality Through My Stories – Abhinav Thakur 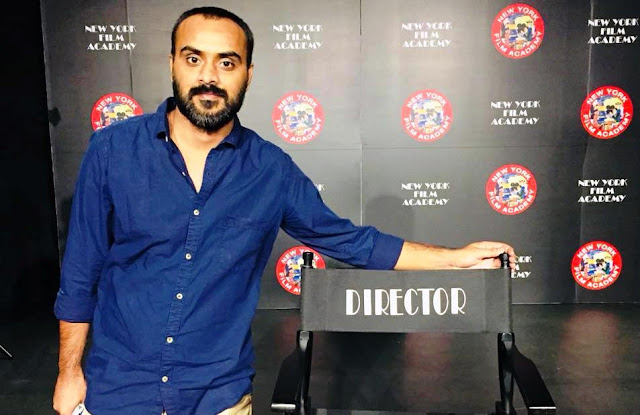 ENTERTAINMENT | A short film maker ‘Abhinav Thakur’, who made experimental movies like Radio, Junko, Yatharth & more. Now he is coming back after the gap of one year, with his full length comedy film ‘SuhaagRaat’ as a Director.

Below are some text conversation with him about their life and latest project-
-Tell us something about you and your life?

I am Abhinav Thakur from Mumbai. I started my film career from 2015 and have done 16 short films, 4 ads & 8 gags till date. Before starting my film career I use to work as a phone banking officer and was doing course & workshop in film making. I did my 2 short films when I was working at Bank. As I was not getting enough time to fully concentrate on film making, I quit my job & started my film career full time.
Today I am establishing myself as a film maker with lots of hard work & dedication. I seen lots of ups & down in my life which at times use to broke me to switch away from my dream of becoming a film maker. But I am really thankful to my friends & supporters who always helped me, supported me & motivated me to become what I have become today. I will be always thankful to all of them.

-After the success of your last short films, currently you are working on your upcoming project “Suhaagraat”. Tell us about your project, idea & execution.

I am thankful to all my digital audience who always excited & motivated me to make films which they like & enjoy. Suhaagraat is also one of kind movie which has a twist & pun keeping in mind the first night of marriage. This movie is based on book name ‘Namak Sawadanusar’ by Mr. Nikhil Sachan & I am really thankful to him for completely trusting in me. I am also thankful to my producers  Mr. Mitesh Upadhyay & Mr. Jayesh Patel for believing in me & helping out to execute this project. This film is a complete family drama & is in the genre of comedy with lots of twist & fun keeping marriage as a context

-What is the x factor of you’re movie that people should watch it?

I don’t know about the x factor of my movies but I believe to show the reality through my stories & characters. I try to touch those spots which exist around & are difficult to ignore or say if you believe in reality. If saying something in badwords or abusing language, I show it as it is reality around & if my script demands it I can’t run away or hide it in my stories. So I stick to what is seen around & shown around.

-What is the releasing date of you’re movie so that we can watch it?

My movie will be releasing in this Summer & the trailer will be launched next month. Currently we’re finishing the post production which will be completing soon. I will be announcing the date soon once the project is complete in all aspects.

-Motivational words for our readers?

Actor Anushka Sharma and her husband Virat Kohli are capitalizing on their self isolation period. Some of the time, doing entertaining things...
Read more
ENTERTAINMENT

Entertainer and on-screen character Sunil Grover has shared a fun video where he has offered the ideal errand that fans can take...
Read more
ENTERTAINMENT