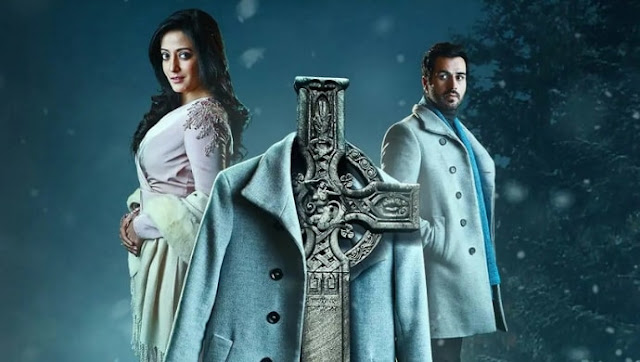 Based on the paranormal short stories written by Ruskin Bond, a popular Anglo-Indian author, ZEE5’s Parchhayee has got 4 episodes till now. When one thinks of ghost stories, they think of horror and jump scares. But that is not the case with Ruskin Bond’s stories. His stories take a more sympathetic look at ghosts and treat them as well-rounded characters.

While all the episodes are great in their own right, we would want to talk about Parchhayee episode 3 – The Overcoat in this article.

The party house originally belongs to Mr Robbinson whose son serving the British army never returned back after the war broke out. Stating all this Mrs Ellen played by Anju Mahendroo tells about her new hobby where she can feel the deceased… filling the air with thrill.

Snow is falling and the night is braving severe coldness, the Nick offers his overcoat to Julie for protection from the cold. After which, they take a walk that viewers would remember for days. What happens during the walk? Would Nick and Julie end up together? All these questions are beautifully answers in a brilliant conclusion.

The melodies used in the episode takes the audience to another realm. The scenic beauty is astounding with all the charm and charisma at its best! Talking about the direction and camera angles, the shoot is out of this world. The foley sound in the background is truly icing on the cake! Coming to the star cast, words do not suffice the performances seen in the episode, especially that of Raima Sen.

All the above-mentioned factors come together to create a poignant tale of romance with a bittersweet vibe. In short, ‘The Overcoat’ is indeed a fantastic story; it will leave you to crave for more of Bond’s stories.

So go ahead and watch Parchhayee episode 3- ‘The Overcoat’, online. It is surely going to pull you into the pool of emotions and clearly tells about the love and passion which is relevant both in the real and the ghost world. If episodes like this are part of Parchhayee, you should also check out other episodes of Parchhayee. Shows like this one are a rare find in the Indian OTT space.
Facebook
Twitter
Pinterest
WhatsApp
Previous articleSee Gorgeous Swara Bhaskar Picz in Cover Story Outfit !
Next articleSuper Bowl LII Venue Know more about Minneapolis US Bank Read