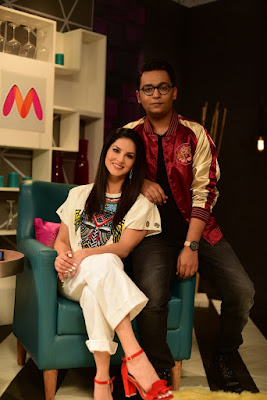 Sunny Leone is known to speak her mind, call a spade a spade – unapologetically and unabashedly! In a #NothingToHide conversation with host, Renil Abraham in the upcoming episode of By Invite Only, Sunny Leone speaks candidly on the film industry, her kids being trolled on social media amongst other things.

Sunny has no qualms in confessing that she has no friends in the industry as she says, “Actors and entertainers make the worst friends because they are never available, neither emotionally nor physically. We are not there for our own birthdays, let alone somebody else’s birthday”. The actress has carved a niche for herself in the industry as an entertainer and talking about the appreciation she has received from the industry, she says, “Aamir and Shahrukh had reached out me. I don’t set very high expectations when it comes to the industry reaching out and appreciating me, so I’m never really disappointed”.

Sunny Leone has been lauded time and again for her composed demeanor in dealing with misogynist and sexist views. Social media trolling has become just another part of a celebrity’s job, and Sunny like any other celebrity has been trolled time and again. She says, “I wouldn’t want to be trolled about my kids. I don’t care what people say about me but I wouldn’t want people to say bad things about my kids.” The actress express that if she sees people trolling her kids on social media or television, it would irritate her but if she hears it in person, they better watch out as she is a mumma bear when it comes to her kids!”.

On a lighter note, Renil Abraham, the host of the show, makes a revelation about Sunny that only her closest few are aware of, that Sunny is a Nerd! Through a special video message played on the show, Daniel Weber, her husband says, “Something that people don’t know about Sunny is that she is nerdy and she does little craft projects at home.”

Prime Minister, Narendra Modi is celebrating his 70th birthday today. The PM was flooded with birthday wishes all around the globe. PM...
Read more